A Sudanese man has been forced to take a goat as his “wife”, after he was caught having sex with the animal.
The goat’s owner, Mr Alifi, said he surprised the man with his goat and took him to a council of elders.
They ordered the man, Mr Tombe, to pay a dowry of 15,000 Sudanese dinars ($50) to Mr Alifi.
“We have given him the goat, and as far as we know they are still together,” Mr Alifi said. 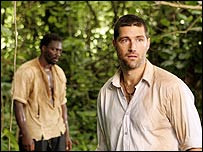