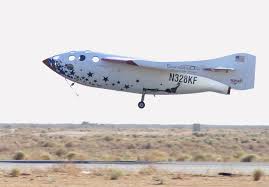 LAS CRUCES, N.M. – Fresh off a trip to the international space station last month, entrepreneur Anousheh Ansari dropped by a New Mexico airport on Saturday and liked what she saw — a sprawling science fair that attracted space enthusiasts and entrepreneurs.
The two-day fair — the second annual X Prize Cup — was what she and her husband envisioned when they donated millions of dollars two years ago to the nonprofit X Prize Foundation, which sponsors contests to encourage space technology innovation.
“Our vision was this,” the first female space tourist said.
The X Prize Cup is composed of various competitions with prize money totaling as much as $2 million. It is an offshoot of the 2004 Ansari X Prize that awarded $10 million to Burt Rutan, who successfully launched a manned rocket into suborbital space.
Ansari, who paid about $20 million to fly to space aboard a Russian Soyuz rocket, said she anticipates routine tourist space travel will become a reality in about 25 years.
In the meantime, New Mexico is angling to develop a space industry. About 50 miles north of Las Cruces, in Upham, state officials have created Spaceport America, the future home of British billionaire Richard Branson’s Virgin Galactic space tourism company.
A look around the booths at the X Prize Cup competition suggests Ansari is not the only one thinking that way. One company pitched a lunar resort. Most of the weekend’s competitions were designed to spark new ideas and technologies that can be used in private space travel and for
NASA.
Phil West, a NASA spokesman, said the government-run space agency offered prize money for a lunar lander in part to generate new ideas.
Armadillo Aerospace of Mesquite, Texas, spent much of the afternoon trying to win a $350,000 NASA-funded prize for successfully launching and landing a lunar lander. The lander faltered in the first two attempts — in one case landing off a designated pad.
The final try on Saturday afternoon ended when the small craft lifted off the launch pad and crashed in the nearby rugged desert.
Ian Murphy, an X Prize spokesman, said faltering attempts are nothing out of the ordinary in the space business.