What wonders are conjured, what rough magic promised by the phrase “Mexican Midget Rodeo”? Let us pause to savor that more slowly: Mexican . . . Midget . . . Rodeo. That is to say, a touring troupe of little people, renowned in their native land but unheralded in our own, who face off against their equally diminutive bovine counterparts to ensuing mayhem.
At one such micro-spectacle staged several years ago at the Pico Rivera Sports Arena, deep in the sequined heart of southeastern Los Angeles, these genial ambassadors of human pathology, just by showing up for work in the morning, accomplished nothing short of a secular miracle. In one brief cultural elision, they managed to bring together an audience of Latino locals inured to that special strain of humor found on Spanish-language cableâmen in bee costumes, baby diapers and so onâand drunken Anglos who saw the afternoon as something akin to dwarf tossing with a spicy flavor. And who’s to say they were wrong? In the simple act of attending an ecumenical carnival, our warring tribes were reunited, the neural clash of our Meltingpotamian origins quelled and the lurking schizophrenia of cultural miscegenation momentarily tamedâall through our common fear of and fascination with “the Other.”
http://www.latimes.com/features/printedition/magazine/la-tm-losmatadoritos23jun04,1,3816371.story?coll=la-headlines-magazine 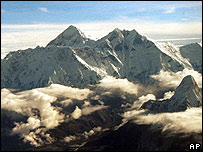