Here is the latest from David, a U.S. soldier in Iraq. I publish David’s letters as he sends them, unedited, and without commentary. You are welcome to comment on his letters, ask questions, and post feedback. David has just written to say that he may not be writing again for a while as he is a little depressed. He doesn’t want anyone to think he is not writing because something happened.
cd 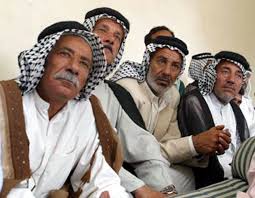 It has been a little strange writing these letters, it’s a good outlet for me. Like everything you have your good and bad days, and sometimes its just being grateful for what you have, like your health and the fact that most of us live in . One of our soldiers went to the clinic today for combat stress. It seemed a little silly, I mean who doesn’t have combat stress. I have started writing again, Even though I have been in the army for over three years I never felt so involved to accurately write what its like to be a soldier. Now, I know to well what its like. So I am writing a story. The most unfortunate realization I am having, and its sudden, is that I thought that being a soldier was honorable, and no doubt there are many aspects that are without peer in that regard, but to be a pawn, to do some one elese will, to fight on the side of corruption, that is not honorable.
Am I really protecting and serving my country and constitution? The more I see the headlines, the more I despise the muslims here, they say hearts and minds , but I wish to see their hearts and minds splattered on the street. There is not a single mulsim religious leader in Iraq that is even halfway moderate, they all should be skewered. They spew hatred and rhetoric. I guess its very hard for me, I am not an outspoken person, I keep to myself. So I am brimming with rage on these things inside. Sometimes my compassion and mercy for these people runs dry. Also I am in the thicke of it, so I don’t have a good perspective of the big picture. I am sure the people in DC in their comfortable protective confines can make better decisions on the big picture of which young Americans should die. I am not the only one who thinks this, the majority of the military members I talked to think this is a fucked up war. Most would be more content fighting in Afganistan against the Taliban than getting killed in the middle of a civil war between Sunni and Shiia.
Of course the enemy already has plans of their own to kill us, The enemy is so smirk, constantly questioning our morale, our morale is low because every time we catch a fucker who is setting up an IED we can’t properly interrogate them. Liberals in the states complain of torture and we shouldn’t torture these insurgents. What if someone threatened to kill one of your family members and you knew that person knew more people who wanted to harm and kill your family. What would you do to get that information? Would you torture them so your family could stay safe? Our morale is low because we are trying to fight a war with murderous pigs with one hand tied behind our back. Its just a fucked up situation all around. But its good training.
That is something I have picked up here, when things get fucked up and you are put out to dangle in the wind. You say, “good training”. So lets say for example you are tasked to guard some officers supply of powerpoint slides in 120 degree weather and there is no shade or cover and no one relieves you. Than that is “good training”
What am I going to do? I know it seems weird fretting about what type of menial work I will do when I get back. Maybe work at McDonalds flipping fries for the Man. Because the man likes his fries. I don’t know.
I might have a whole column on things I overhear in Iraq, I know they got one for New York city. But here is the start of mine in Bagdad.
An airforce captain bumps into an Army Specialsit, the Specialist than tells his friend, a private in the Army, “great , that’s what we need on base, more civilians” the Airforce Captain heard the comment.
Later in that same chow hall, ( I guess people were in a pissed off mood) I heard one Sergeant complaining to another about the war and President Bush. The other Sergeant said this, “No, I have full confidence in Bush, I am fully confident he is going to fuck things up even more and get more of us KIA”
And here is mine, I was hanging up a map in the operations room, the officer looked at the map and said that it was crooked. I responded, “its not crooked Sir, just tilt your head”
My friend had Local National Escort duty today, He almost got ran over by a shit truck ( a truck that empties the port-a-potties) I wonder how that KIA would have been written up as.
And if anything, I have learned NEVER, and I mean NEVER trust a politician with your life.
With that. I leave you again.
-pawn
feel free to forward this to as many people as you want. except my chain of command 🙂