There is apparently hope beyond viagra…
cd 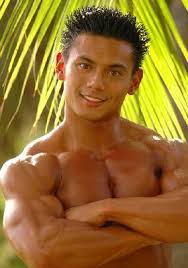 The Sunday Mail – NEWS – news feed – EXCLUSIVE: I FELL ILL AND GREW 20 YEARS YOUNGER
A GRANDAD suffering from a rare disease has found a bizarre side effect to his treatment – it makes him look 20 years younger.
Reggie Myles, 62, feared he would be crippled for life after being struck down by the genetic disorder Porphyria Cutanea Tarda.
He lost his mop of grey hair, his weight dropped to just seven stones and even the simplest tasks such as making a cup of tea became impossible.
He was put on a gruelling regime of treatments including steroids and radiation therapy but his doctors were stunned when his hair grew back dark brown and his wrinkles disappeared.
Reggie said the change is so dramatic that people think his wife Rosemary’s got a toyboy.