The statue of Bremen’s town musicians is so popular, visitors rub the donkey’s hooves and nose for good luck. Photo by Katherine Rodeghier, c 2012

Bremen’s Rathaus, or city hall, dates back more than 500 years and is a UNESCO World Heritage Site. Photo by Katherine Rodeghier, c 2012

Hopping off the tram leading from the railway station to central Bremen leaves me disoriented, and the moonless night doesn’t help. The heart of this old German city, the Marktplatz, must be here somewhere, but in which direction? After a few false starts I catch the eye of a businessman emerging from his office and ask the way. “Down this street and to the right,” he says, pointing. “You can’t miss it.”

The dark street doesn’t look right, and I nearly turn back before I catch a glimpse of it out of the corner of my eye. A few yards farther and the Rathaus, the historic town hall, comes into full view. Illuminated from its first floor colonnade to its green weathered-copper roof, this UNESCO World Heritage Site is a great hulk of a building, dominating the square in which it has stood for more than 500 years.

I stand and admire it for a few minutes before hunger pangs push me onward to a side door where stairs lead down to the Bremer Ratskeller, a moderately priced restaurant and casual bistro specializing in German foods and wines. The traditional meat and cheese plate I order goes great with a glass of Wurttemberg red wine.

The next morning, I have my bearings and set off for a proper tour of Bremen. This time I have no trouble finding the Rathaus and, in the daylight, can better appreciate its unusual architecture: Weser Renaissance built on Gothic foundations. Two statues I’d overlooked last night beckon nearby.

How could I have missed the 30-foot Roland statue?

Symbols of liberty and strength, these Roland statues of medieval knights with their shield and sword of justice appear in cities throughout Germany, but this one is particularly impressive.

At the rear corner of the Rathaus, I find Bremen’s famous Town Musicians statue, its four bronze figures of a rooster, cat, dog and donkey taken from a folktale by the Brothers Grimm. Exiled from their farms, the story has the animals making their way to Bremen to start a new life as musicians for the town. It’s an allegory, of sorts, for emigrants from throughout Europe who traveled here to board ships bound for the New World.

The theme of emigration runs deep in this northern German city. It was one of the most powerful in the Hanseatic League,

formidable confederation of 200 medieval city-states banded together to protect their trade routes in the Baltic. After the discovery of North America, trade with the New World became Bremen’s bread and butter, and launched a wave of emigrants who populated the new continent.

As I stand on the Hanseatic cross embedded in the pavement near the center of the Marktplatz, I ponder how many Americans have ancestors who crossed this square on their way to a new life. At my back is the Rathaus. To my left, St. Peter’s Cathedral. Straight ahead stands the Schotting, a medieval guildhall that’s still a center of commerce. Together they form three points of the star—government leaders, clergy, merchants—that represent the three powers of Bremen’s early history.

Across the square I glance up at a flag waving over a white building and am surprised to see it emblazoned with a drawing of a cotton plant. The Cotton Exchange building was a hub of trade with the English colonies in North America, so important that Bremen was among the first to officially recognize the United States as an independent nation and establish a consulate here. Sailing vessels departed for New York, Baltimore and Philadelphia to return laden with cotton and tobacco. So they did not leave Germany empty, ship builders constructed primitive platforms between the decks to house emigrants. Traveling as human ballast, they endured horrific conditions crossing the Atlantic on voyages last could last six to 12 weeks.

So many died of disease and starvation that the three powers in Bremen insisted shipping companies adhere to standards they set for food and sanitation on board. When steamships replaced sailing vessels, conditions further improved and crossings were reduced to days rather than weeks.

For a better understanding of the emigrant’s journey, I make my own journey 37 miles north to Bremerhaven on the North Sea. The first emigrants made the trip by slow barge up the Weser River and later by train. I speed up the autobahn at 120 mph and arrive well before lunch.

Bremerhaven was founded as a satellite of Bremen when the Weser silted up making navigation by large ships impossible. The first ship to enter what was then Bremer Hafen arrived on Sept. 12, 1830, the American schooner “Draper.” In the years that followed two larger harbors were built as Bremerhaven became the busiest port of emigration in Europe during the 19th century, earning the nickname “New York’s Outer Harbor.”

Some 7 million emigrants, from Germany as well as Eastern Europe, departed from Bremerhaven between 1830 and 1974 and their stories are told at the German Emigration Center built on the site of the old harbor. Europe’s largest emigration museum, it won the title of European Museum of the Year in 2007. I find out why when I enter.

Instead of an admission ticket, I’m given an electronic boarding pass with the name of an actual emigrant, Justina Tubbe. As I work my way through the museum galleries, I use the pass to activate audio recordings telling “my” emigrant’s life story. In the Gallery of the Seven Million I open a drawer containing her immigration records and a letter from her son urging her to join him in America. It gives me goose

In another gallery I see a graphic portrayal of the inhumane conditions aboard the early sailing ships where emigrants ate and slept on shared bunks on low platforms. Food was scarce, toilet facilities nonexistent, and emigrants where often allowed only a few hours on deck in the fresh air. By the 1870s, steamships carried doctors, better food served in dining rooms to steerage passengers and private cabins. Then came the cruise liners of the 20th century when making the crossing could be quite luxurious for those with means.

About 70 percent of the emigrants who passed through Bremerhaven landed in New York City. One of the museum’s galleries conjures up the fear and uncertainty they must have felt. Entering a re-creation of Ellis Island, I walk through a long, aesthetically sterile hallway lined with ceramic tiles as the rhythm of a rapid human heartbeat bounces off the walls and plays in my ears. At the other end I pass displays describing some of the medical exams emigrants endured and the rapid-fire legal questions they were required to answer before being allowed entry to the U.S.

Back in the car, I travel to Bremerhaven’s Columbus terminals, now the largest port for vehicle exports and imports in Germany, and look out over a sea of Volkswagens and John Deere tractors waiting to be delivered to customers here and abroad. A few emigrants left from this terminal in the 20th century, Marlene Dietrich among them. Elvis Presley arrived here as an American soldier during World War II. Today the terminal serves about 40 cruise ships a year.

Hungry again, I find Treffpunkt Kaiserhafen, nicknamed “Last Bar before New York,” just outside the terminal grounds. A workingman’s bar and restaurant, its walls are covered with nautical tchotchkes, fishing nets hang from the ceiling and the figure of a bare-breasted mermaid stands in the center of the room. I order the trucker’s special and try to blend in with the longshoremen downing their beers. 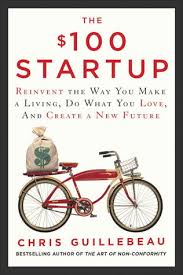